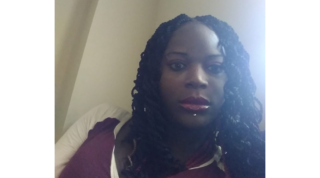 The Human Rights Campaign is horrified to learn of the death of Aerrion Burnett, 37, in Independence, Missouri. Burnett, who was from Kansas City, was found dead of a gunshot wound early on September 19. Her death is believed to be at least the 28th violent death of a transgender or gender non-conforming person this year in the U.S. We say “at least” because too often these deaths go unreported — or misreported. The number of transgender or gender non-conforming people whom HRC has tracked as being killed so far this year has now surpassed the total number of deaths that HRC tracked in all of 2019.

“Black transgender women are being killed at horrifying rates in this country,” said HRC Director of Community Engagement for the Transgender Justice Initiative Tori Cooper. “The number of violent deaths of trans and gender non-conforming people that HRC has tracked this year has now surpassed the number we saw for all of last year. This level of violence is staggering, and it cannot continue. We need everyone — from community organizers to those in the highest levels of our government — to take action to end this epidemic of violence. I and everyone in the trans community are mourning Aerrion’s death. As we remember her, we continue to call for justice for all trans and gender non-conforming people.”

Burnett’s family and friends held a vigil the day after her death, releasing balloons in her honor and sharing memories of her.

“She was a goddess,” said her friend Korea Kelly. “If you wanted to have a good day, you need to smile, Aerrion was the person you wanted by your side.” Another friend remembered her as the “life of the party.”

“Enough is enough,” said a cousin of Burnett’s. “Stop taking our lives. Lives matter. You can’t get them back, and it hurts so many people.”

In an injustice compounding this tragedy, Burnett has been misgendered and misnamed in the media following her death. Anti-transgender stigma is exacerbated by callous or disrespectful treatment by some in the media, law enforcement and elected offices. According to HRC research, it is estimated that approximately three-quarters of all known victims were misgendered by the media or by law enforcement. In the pursuit of greater accuracy and respect, HRC offers guidelines for journalists and others who report on transgender people.

More than 10,000 hate crimes in the U.S. involve a firearm each year, which equates to more than 28 each day, according to a report from HRC, Everytown for Gun Safety Support Fund, Giffords Law Center and Equality Florida titled “Remembering and Honoring Pulse: Anti-LGBTQ Bias and Guns Are Taking Lives of Countless LGBTQ People.” The report also notes a marked increase in anti-LGBTQ hate crimes, especially against transgender people. Three-fourths of homicides against transgender people have involved a gun, and nearly eight in 10 homicides of Black trans women involve a gun. Further, advocates saw a 43% increase in the formation of anti-LGBTQ hate groups in 2019.

The Independence Police Department, which is currently investigating Burnett’s killing as a homicide, asks anyone with information about this case to contact the Tips Hotline at (816) 474-TIPS, IPD tips at (816) 325-7777 or email leads@indepmo.org.

At the state level, transgender and gender non-conforming people in Missouri are not explicitly protected from discrimination in employment, housing, education and public spaces, although Missouri does include gender identity as a protected characteristic in its hate crimes law. Nationally, despite some marginal gains that support and affirm transgender people, the past few years have been marked by anti-LGBTQ attacks at all levels of government.

We must demand better from our elected officials and reject harmful anti-transgender legislation at the local, state and federal levels. It is clear that fatal violence disproportionately affects transgender women of color. The intersections of racism, transphobia, sexism, biphobia and homophobia conspire to deprive them of necessities to live and thrive.